It’s been a year since Microsoft began rolling out Windows 11, its first new version of Windows since the 2015 launch of Windows 10. With Windows 11, Microsoft addressed several shortcomings of Windows 10 and revamped the interface to make it more modern. However, it also dropped some features users had come to rely upon. While Windows 11 is a free upgrade for Windows 10 users, not everyone can install it. The latest report from Statcounter says that just 15 percent of Windows installs are on the latest version, which is far short of Windows 10’s performance at this juncture.

Statcounter’s numbers are not official, but Microsoft doesn’t provide exact numbers on a monthly basis. And if Microsoft ever does provide numbers, you can bet it’ll only happen when the news is good. With Windows 11, the news isn’t great. Windows 10 is still far and away the leader among Microsoft’s operating systems with a 71 percent market share. Windows 11 is a distant second with 15.45 percent, and Windows 7 still has a dedicated user base at 9.62 percent.

Microsoft first released Windows 11 in a very limited fashion, which accounts for almost zero market share in early 2022. However, even with wide availability, its average monthly growth is under one percent, based on Statcounter figures. To make matters worse for Microsoft, Windows 10 has proven very stable in the face of the new release. Its market share has hovered between 70 and 73 percent for most of the year, losing market share even more slowly than Windows 11 gains — perhaps most Windows 11 upgrades are coming from former Windows 7 and 8 users. At this rate, it would take years for Windows 11 to overtake Windows 10. This was not the case when Windows 10 launched. After a year on the market, Windows 10 had roughly twice the Windows market share as Windows 11 does at the same point. Microsoft requires features like a newer CPU and a TPM 2.0 security module to run Windows 11. So, perhaps the much slower adoption rate won’t bother the company too much.

Those who wish to remain on Windows 10 can safely do so for another three years. In October 2025, Microsoft will stop updating that OS, forcing anyone who cares about security to get on a newer version.

One Year Later, Barely Anyone Is Using Windows 11 originally appeared on ExtremeTech.com 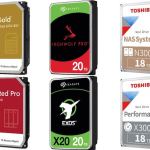 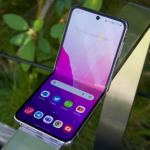