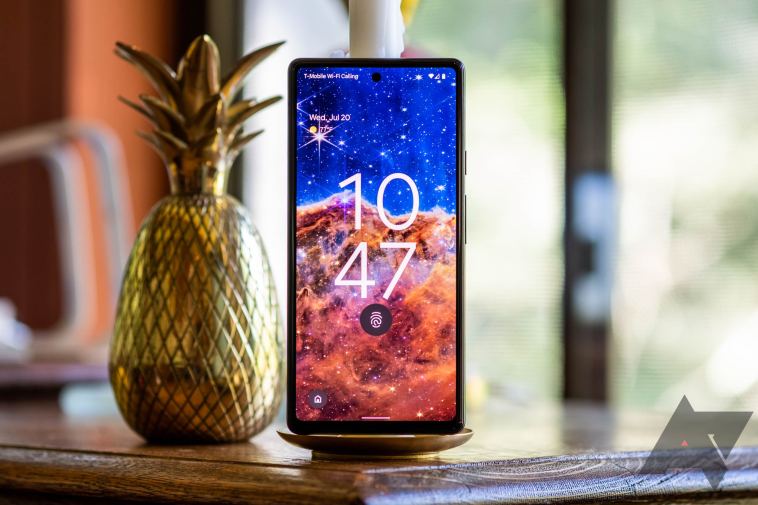 The Pixel 6a might be Google's newest smartphone, but as we've seen time and time again over the past year, that doesn't mean you'll always get updates on time. Although the September patch dropped last week for most Pixel phones, the company's latest midrange champion was not among them. Thankfully, Pixel 6a owners didn't have to wait long, as the latest software update should be rolling out any minute.

This patch is particularly important for Pixel 6a owners, as Google promises improvements to the fingerprint sensor. It's an area we've seen the company struggle in over the last year or so, first on the flagship Pixel 6 series last fall and again on the Pixel 6a. Although the fingerprint scanner appears to unlock the device faster than on Google's 2021 devices, it's still far behind some of its competitors, especially regarding security. Though the company hasn't specified exactly what it's improving with this patch, it's likely related to unregistered fingerprints unlocking the device.

Delayed updates are nothing new for Pixel, especially concerning these devices running on first-gen Tensor chips. The Pixel 6 and 6 Pro saw countless delayed updates throughout the first six months of their lifecycle. It hasn't been nearly as rough of a road for the Pixel 6a, though it's clear Google has some work left to do before it launches the Pixel 7 series next month.

If you're rocking a Pixel 6a, you can grab the system images or the OTA files from Google's downloads website. If you're feeling patient — and at this point, what's the rush — this software should reach phones soon enough. Pixel 6 and 6 Pro owners on Verizon can also breathe a sigh of relief, as the September patch for those specific models are also finally available for download.

Pixel 6a owners are getting access to Google’s September patch right now originally appeared on AndroidPolice.com