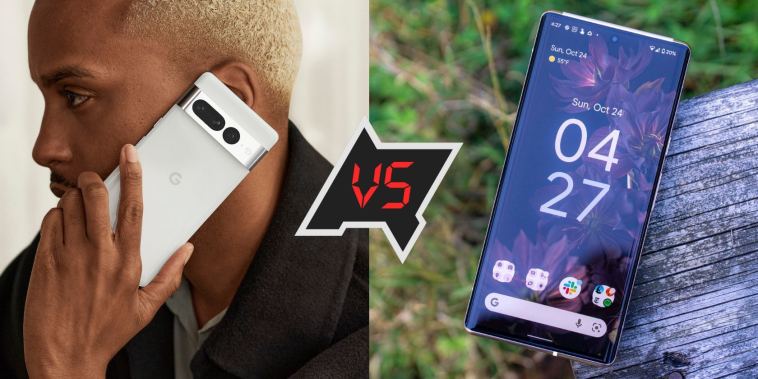 The Pixel 7 Pro is Google's flagship smartphone for the year. It takes on some of the best Android phones of 2022, including the Galaxy S22 Ultra and, for the title of the best smartphone, the iPhone 14 Pro series. At first glance, the Pixel 7 Pro might not look like a significant upgrade over 2021's Pixel 6 Pro. But there are plenty of refinements and fixes for problems that plagued its predecessor. So, is the Pixel 7 Pro worth upgrading from the Pixel 6 Pro? Or should you continue using last year's flagship Pixel phone for another year and save money? Read our comparison to find out.

Google showcased the design of the Pixel 7 series back at I/O 2022 itself. Since then, it has posted multiple teasers and videos highlighting the phone's design. The Pixel 7 Pro carries forward the same design language as the Pixel 6 Pro, with minor tweaks. This means you continue to get a visor-like camera strip on the Pixel 7 Pro, but it has now switched to a pill-and-dot cutout. And unlike the 6 Pro, the newer Pixel uses polished aluminum for the camera bar instead of glass. That's a good thing since the metal surface is unlikely to get scratched as quickly as glass.

Like the Pixel 6 Pro, the 7 Pro features a polished aluminum chassis sandwiched by Gorilla Glass Victus panels from the front and back, which carries an IP68 certification. Side-by-side, you will notice that the Pixel 7 Pro is slightly shorter but wider than the outgoing model. Many users found the Pixel 6 Pro unwieldy in daily use, and the slight dimension tweak on the Pixel 7 Pro should help resolve that to some extent.

Both Pixel phones sport a 6.7-inch QHD+ 120Hz OLED panel with Always-On display support. But Google is seemingly using a newer-generation Samsung display panel and touts the Pixel 7 Pro's display to be 25% brighter than the Pixel 6 Pro. That should be sufficient to ensure you can view content on the display when out in direct sunlight. The display panels on the two phones are not curved, though the Gorilla Glass Victus curves slightly at the edges.

Google is using a newer in-display fingerprint scanner on the Pixel 7 Pro. So the poor fingerprint performance woes that have plagued the Pixel 6 Pro since its launch last year should hopefully not be a concern here.

Continuing the tradition that started with the Pixel 6 series in 2021, Google is using a semi-custom Tensor chip inside the Pixel 7 Pro. The Tensor G2 packs an octa-core CPU and is fabricated on Samsung's 4nm node. That should make it more efficient than the original Tensor chip, which Samsung made at its 5nm foundries. Google is also using more powerful and power-efficient Cortex-A78 “medium” cores.

With the second iteration of its Tensor SoC, Google has focused more on AI and GPU performance instead of raw CPU horsepower. The chip uses a newer and more powerful Mali G710-MP7 GPU to deliver better graphics and Vulkan performance. The Tensor G2 packs a next-gen TPU that is 60% faster in ML tasks and 20% more efficient. This is an important upgrade since the TPU powers the Cinematic Blur, Photo Unblur, and other Pixel camera features. Google even says that Night Sight is twice as fast on the Pixel 7 series and can take sharper photos than before.

What's disappointing is that Google continues to promise three years of OS updates and five years of security updates for the Pixel 7 series, the same as the Pixel 6 lineup. This is inferior to Samsung's promise of updating its mid-range and flagship devices with four OS updates.

At this point, the poor connectivity issues plaguing the Pixel 6 series are no secret. The original Tensor chip uses Samsung's Exynos 5123 modem, which could be blamed for these issues. While not mentioned, Google is hopefully using a newer and more efficient Samsung modem on the Tensor G2 to address these concerns.

At first glance, it might look like the Pixel 7 Pro retains the same camera setup as the Pixel 6 Pro. But look closely, and you will realize that's not the case. The primary 50MP Samsung GN1 sensor remains unchanged, but Google has ditched Sony's IMX586 sensor for the 48MP telephoto shooter in favor of Samsung's GM1 module. Seemingly, this change will help provide a consistent image quality across lenses. The optical zoom level has also improved. While the previous gen Pixel provided 4x optical zoom and 20x SuperRes Zoom, the Pixel 7 Pro offers 5x optical zoom and 30x SuperRes Zoom.

As for the ultrawide, it now has a 21% wider FoV and has gained macro focus support, so you can get as close as three centimeters to a subject to take detailed macro shots.

Despite the similar camera sensors, the Pixel 7 Pro should take better photos than the outgoing model, thanks to the Tensor G2's improved ISP and processing improvements. Google claims Night Sight processing has improved on the Pixel 7 series, so you won't have to hold the phone still as long as the Pixel 6. Additionally, it claims to have achieved optical quality similar to dedicated lenses at 2x and 10x levels.

So, the Pixel 7 Pro might not take noticeably better photos than the 6 Pro from the primary camera, but the overall experience will be better. And you will notice the improvements when using the zoom camera.

Video quality is another area where the Pixel 7 Pro trumps its predecessor in a big way. It can record 4K 60fps video from all three sensors, and there's even an option to record in 10-bit HDR this time. Taking a cue from the iPhone 13 and 14 series, Google is introducing Cinematic Blur on the Pixel 7, which lets you shoot videos with a shallow depth of field effect. You are limited to shooting at 24fps in this mode, though

The selfie camera uses a larger and newer Samsung sensor. So, selfies taken from the Pixel 7 should look much more detailed. Additionally, the new camera allows Google to provide face unlock as another form of biometric authentication on the Pixel 7 lineup. But as we note in our Pixel 7 hands-on, Google's settings page for face unlock has a bunch of warnings about the feature not being as secure as the fingerprint sensor.

The Pixel 7 Pro packs the same 5,000mAh battery as its predecessor. Google claims the battery can last beyond 24 hours, though your mileage will vary. We were never really impressed with the Pixel 6 Pro's battery life, and the Android 13 update only worsened it. With a more efficient Tensor G2 chip and newer components, the Pixel 7 Pro should fare better than last year's model.

Battery charging speeds remain unchanged as well. You can top up the battery to 50% in 30 minutes using a reliable PPS charger, but a full charge will take a while. And like the Pixel 6 series, you get fast wireless charging and Battery Share to charge your wireless accessories.

Google surprised everyone with the Pixel 6 pricing in 2021. Despite packing high-end specs, these phones were surprisingly very affordable and did not cross the $1,000 barrier. The company is also continuing that trend this year, with the Pixel 7 lineup costing the same as the Pixel 6. So, you can get the entry-level Pixel 7 Pro for $899, making it among the most affordable flagship phones on the market. Despite the bevy of improvements and rising component costs, it is commendable to see Google retain the same price tag for the Pixel 7 series.

The Pixel 6 series was widely panned for its limited availability. Google made amends by expanding the phone's availability to more markets a few months after launch, but that was not enough. This time, the Pixel 7 series is available in a broader range of markets from day one, including India, Sweden, and Norway. That still pales compared to the availability of flagship phones of Samsung and Apple, but it's an improvement nonetheless.

Google Pixel 7 Pro vs. Pixel 6 Pro: Should you upgrade?

The Pixel 7 Pro packs some notable improvements over the 6 Pro. But none of them are compelling enough for an upgrade. The new Pixel only fixes the flaws found in its predecessor but does not bring any significant leap in image quality, performance, or design. Instead, you should save money and buy the Pixel Watch or one of the best Android smartwatches on the market, as it would be a better companion to your Pixel phone.

Perhaps the only scenario when you should upgrade to the Pixel 7 Pro is if you are tired of the poor battery life and connectivity issues of the Pixel 6 Pro. That said, we can't make a final call on that until we've tried out the phones during our review period. Take advantage of the best Pixel 7 Pro preorder deals, and you can get the latest Pixel for a stellar price.

Camera upgrades and processing refinements help the Pixel 7 Pro distinguish itself from last year’s model handily. If you’re feeling the urge to trade in and upgrade, now is the best time as trade-in values (especially at the carriers) are quite generous for the 6 Pro.

View at Google Store View at Best Buy View at Amazon View at AT&T View at Verizon
Google Pixel 7 Pro vs. Pixel 6 Pro: Should you upgrade? originally appeared on AndroidPolice.com 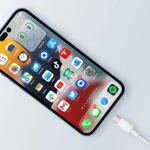 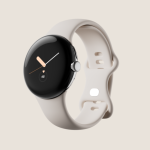