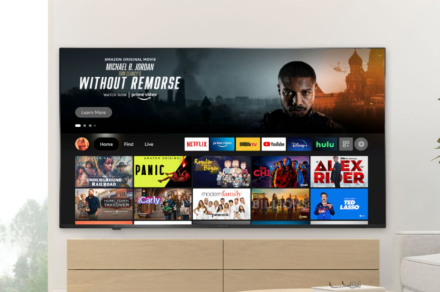 One of the best TV deals right now is perfectly suited if you need a new 4K TV to slot into your dorm. At Best Buy, you can buy the Insignia 50-inch Class F30 Series 4K TV for only $240. Normally priced at $400, that’s a considerable saving of $160, making this truly fantastic value for money. If you’re looking for an appealing TV that won’t break the bank, this is a good bet. For a limited time, you even get a free Amazon Echo Dot (3rd generation) included, too. Either buy it now by hitting the button below or read on while we explain why it’s worth your money.

The Insignia 50-inch Class F30 Series 4K TV is a pretty good TV for the price. While it won’t challenge the best TVs around, at this price it’s hard to complain. You get all the benefits of a great 4K resolution display as well as High Dynamic Range (HDR). Alongside that, the Insignia 50-inch Class F30 Series 4K TV has Alexa voice controls built into its remote so you can easily speak your instructions to the TV. It’s simple to search across apps as well as switch inputs and more all by using your voice instead of tapping buttons. Fire TV is also built in so there’s easy access to thousands of channels, apps, and Alexa skills. These include Prime Video, Netflix, Hulu, HBO Max, and pretty much all other streaming services you can think of.

While Insignia isn’t amongst the best TV brands at the moment, it has a lot in common with them. This includes supporting both HDMI ARC and HDMI eARC so you can hook it up to a compatible soundbar or AV receiver. There’s also DTS Studio Sound built in so you can enjoy more realistic and immersive audio via the speakers before considering a separate soundbar. With parental controls and Apple AirPlay support, the Insignia 50-inch Class F30 Series 4K TV is pretty convenient across the board. It also has three HDMI ports in all so you can easily connect it to other devices.

Normally priced at $400, the Insignia 50-inch Class F30 Series 4K TV is down to just $240 for a limited time only at Best Buy. Sure to be a huge hit for anyone on a tight budget, buy it now before the deal ends.

Perfect for any dorm, get this 50-inch 4K TV for $240 at Best Buy originally appeared on DigitalTrends.com 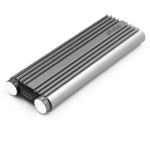 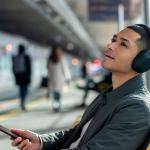