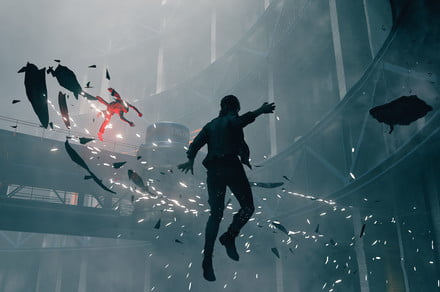 There are few things more intimidating than a long video game backlog. It’s something that can balloon into an existential crisis for dedicated gamers. How can one justify buying a brand new game when they have 30 untouched ones sitting on Steam? Even when we tell ourselves that we’ll get to them, backlogs seem to have a way of infinitely expanding.

It’s easier than ever to accumulate a giant pile of games these days. Steam seemingly runs a sale for every minor holiday, pressuring us to nab a good deal. Services like PS Now and Prime Gaming hand out freebies like candy. And don’t get me started on Xbox Game Pass, which has introduced a Netflix-style “player paralysis” in gaming. How can someone get through every game they intend to play while trying to keep up with a neverending flood of new releases?

If you’re in that boat, now’s the time to put a dent in that pesky backlog. January is always a perfect time to tackle any old games collecting dust in your library. But this year, it’s not just a good month to catch up; it may be the last one you have until 2023.

The storm is coming

If you haven’t looked at 2022’s game release calendar yet, get ready to experience true fear. This is going to be a relentless year for new releases with 2021’s biggest delayed games coming out alongside ones that were planned for 2022. We’re in for a double-stuffed year.

What’s particularly intimidating, though, is how many giant, long games are coming. In February alone, we’ll get Horizon Forbidden West and Elden Ring, two massive open-world games that few gamers could reasonably juggle in a timely manner. Those two games alone threaten to gum up the pipeline for players who aren’t gaming like they’re on a work shift. Other potential colossi like Starfield, Forspoken, Sonic Frontiers, and the sequel to The Legend of Zelda: Breath of the Wild are looming as well. It feels like there aren’t possibly enough hours in the year to hit them all — and those are only a small portion of the games expected to launch this year.

That’s where this month becomes a crucial time for anyone looking to clear out some old games they’ve been dying to get to. Historically, January is quiet for new releases, giving players a month to breathe. That’s true this year as well, though there are a few exceptions. Pokémon Legends: Arceus is January’s big ticket game, though it launches at the tail end of the month. Rainbow Six Extraction is the other major release this month, though its co-op gameplay will likely have a niche appeal.

Other than that, January will mostly bring PC ports of previously released games like Monster Hunter Rise, God of War, and the Uncharted series. It’s a relatively quiet month, which makes it the perfect time to tame an unruly backlog.

I’m already taking that rare breathing room to heart. Since mid-December (when I was finally done with covering 2021’s new releases), I’ve taken some time to fill in some of my more egregious gaming blind spots. I’ve played through the whole Dead Space trilogy and checked out the original Paper Mario via Nintendo Switch Online. With Bayonetta 3 coming this year, I figure I’ll use this month to finally play the first two games in the series. Alan Wake is on my list too, as a sequel is finally in the works.

Of course, there’s another reasonable solution to your backlog problem too: Kill it entirely. Video games should be fun or at least stimulating. If the idea of playing something fills you with dread, something has gone terribly wrong. Sometimes gamers can feel pressure to play certain titles — not because they want to, but because they feel like they have to. Nobody’s going to take away your gamer badge if you haven’t played Red Dead Redemption 2, so give your backlog the Marie Kondo treatment and chop off games that don’t spark joy.

If you’re simply unable to free yourself from that self-imposed pressure, I sympathize. We’re living in an era where there’s seemingly a new must-play game every week. It’s only natural to want to play a bit of everything so you can keep up with the conversation. Even single-player games can be a social experience that encourages us to connect and communicate with others who clicked with the experience. I love playing games because I love talking to other people who love games.

So, if you’re in a similar boat, take the next few weeks to chip away at your backlog at your leisure. Just don’t forget that it’s supposed to be fun, not a chore.

Clear out your video game backlog this January … while you still can originally appeared on DigitalTrends.com 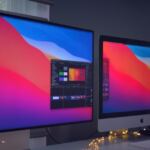