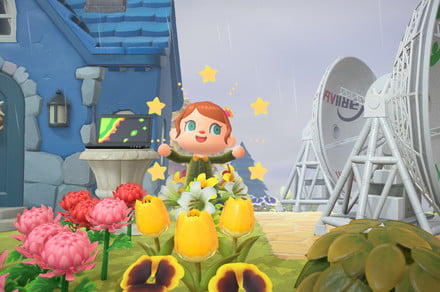 Upon learning that Nintendo was planning to release a gigantic 2.0 update for the wildly popular Animal Crossing: New Horizons, most players’ emotions traveled quickly from excitement to fear. After obsessing over the game for a few months after it released, many had left their towns dormant, allowing weeds to grow in the grass, villagers to come and go, and holidays to be left uncelebrated. The amount of work fans faced to get their towns looking “presentable” again was imposing enough that some said they planned to just reset their towns and start with a fresh canvas.

Others said they’d brave the work just to experience the update, which promised a suite of returning characters, new experiences and new DLC, and a huge number of quality-of-life changes. Is the beefy new 2.0 update worth returning to your forgotten town? Based on my time so far, I sincerely don’t think so.

The goal of the New Horizons‘ 2.0 update, which is the last major free content update for the game, is to get players back into their towns. It’s not intended to get new players to buy the game. Instead, it’s made up of small but meaningful updates designed specifically to assuage existing player base’s complaints over the past year and a half. By all metrics, Nintendo has succeeded: The game hasn’t seen these levels of popularity since it launched. All of my friends and coworkers are excitedly talking about their favorite returning characters and all of the changes they plan to make to their island.

After trying the update — which dropped a day early — I quickly found myself very underwhelmed. Most of the changes are geared toward helping players who love to design and customize their towns to the nth degree. Instead of sticking to the series’ roots as a set-in-stone simulation game, Animal Crossing: New Horizons is more akin to The Sims: A completely mutable world where players can make their experience exactly what they want it to be.

Back in the days of Animal Crossing: New Leaf, fans would use hacks and mods to decorate their islands beyond the bounds of what the game allowed. New Horizons gives players a way to do that more legitimately and makes total customization easier than ever through usability upgrades like permanent ladders, additional bridges and inclines, and storage lockers. Once they’ve made their dream island, players can snap photos of it to their heart’s content it thanks to upgrades to the in-game camera app, which allows you to take great photos like this:

The update is also painfully obvious about the fact that it’s trying to get you to play for as long as possible. Don’t get me wrong: Animal Crossinghas always been an incredibly slow-moving game, but New Horizons has taken it to a new level ever since its release. With the update, many players’ time spent on their islands will increase once again, but how satisfying an experience will it be? When you have to spend an extra day gathering gyroids to attract Brewster to your town or grind out fish for hours to get Katrina to move onto Harv’s Island, is it something you play because you genuinely enjoy it, or do you play because you feel obligated to do so?

I’ve never been a fan of having complete control over my island. Honestly, it’s more stressful than it is fun. I found myself yearning for the Animal Crossings of days past that plopped you in a premade town and gave you little control over the comings and goings of your villagers. The “story” of prior games — what little there was — was about making do with the place you landed in and learning to live with the locals, whoever (and whatever) they might be. With the 2.0 update, New Horizons pulls itself even further from that original mentality and becomes a completely different type of game in the process.

At the same time, the game manages to be a little too similar to its predecessors. When I first saw the reveal video, I thought, “Wow. That looks like New Leaf, but in HD.” Many of New Leaf‘s most popular features, like town ordinances, permanent shops owned by characters like Kicks and Leif, and boat trips from Kapp’n, have been brought to New Horizons as part of the update. Nintendo changed very little in bringing these features over: The four ordinances that players can choose from in New Horizons are exactly the same as the ones in New Leaf. Kapp’n’s sea shanty tunes are all the same, at least musically. Brewster serves coffee the exact same way he’s been doing since Animal Crossing: Wild World. Even if Nintendo intended to kowtow to fans who just wanted New Leaf on the Switch with more customizability — which is exactly what New Horizons has become — it could have at least included some new tidbits, like fresh songs for Kapp’n.

Even the new shop area in Harv’s Island has been done before. In Animal Crossing: City Folk, the titular city area was a place where players could travel to in order to buy from a variety of retailers. It was widely derided at the time, largely because City Folk was otherwise a Wii port of Wild World and didn’t have much fresh content to introduce beyond the mostly worthless city. Yet when it’s reimagined as Harv’s Island, it’s suddenly much more exciting. The new zone is an endgame quest for players who don’t have much else to do and have too many bells sitting around. It’s great for collectors, as players no longer have to wait for these characters to randomly show up at their island and peddle their wares, but it feels like more of the same. There aren’t any new characters, just returning faces that Nintendo knew fans would be excited to see. If you’ve played New Leaf, you’ve seen them all before.

If Nintendo was going to stick to bringing in content that’s been around for a while, it would be great to see some of the older features make a return. When I spoke to my villagers after having not seem them for over 10 months, they all greeted me with sickening sweetness, talking about how the island was undoubtedly a better place because I’d returned. I found myself wishing that the 2.0 update included some of the meaner villager dialogue and actions from the original game.

Some of the update’s content is simply redundant — why does hair stylist Harriet need to be in the game when the way players update their appearance has been fundamentally changed since New Leaf? The only truly new mechanic is cooking, which is fun for a while but doesn’t serve any real purpose besides giving you something else to gift your neighbors and giving your character strength to redecorate their island.

Nintendo has a lot to learn about supporting “live” games or games that continue to receive updates after their release, and New Horizons‘ 2.0 update is one of the best examples of this. If the game had had more of a steady drip of content over the past year and a half rather than one huge dump in the update, I think fans would be a lot more satisfied. Then again, a huge fllod on content with everything that most fans want was an extremely successful way to reinvigorate interest in the game all at once. I plan on giving the paid DLC a shot, as I enjoyed Happy Home Designer back in the day, but the chances of me continuing to play the base game on a daily basis are slim to none. New Horizons 2.0 simply isn’t enough of a change to warrant diving back into my island.

When I initiated a save and the message “Ready to wrap things up for now?” popped up, I was struck with a pang of sadness. I knew that as hard as the update had tried to reel me back in, it was likely that I was wrapping things up permanently with New Horizons. 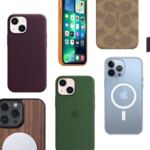 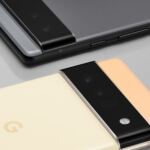