Weta Workshop is venturing back to Middle-earth. It’s working on a new game alongside publisher . The game is in early development and few details have been announced, though the two sides hope to release it in Private Division parent Take-Two’s 2024 fiscal year, which ends in March 2024.

Under its deal with Middle-earth Enterprises, Weta Workshop has “the broadest creative license to interpret the underlying lore of the books,” according to . “It’s a privilege to create a new game set in Middle-earth, especially one that’s so different from what fans have played previously,” Weta Workshop’s head of interactive Amie Wolken said. “As fans ourselves, we’re excited for gamers to explore Middle-earth in a way they never have before, and introduce new fans to the magic of The Lord of the Rings.”

There have been dozens of Lord of the Rings games over the years, so it will be interesting to see what kind of fresh spin Weta Workshop is planning. Of course, Weta Workshop has a ton of experience in this domain. It worked on Peter Jackson’s The Lord of the Rings movies as well as The Hobbit trilogy. The special effects powerhouse, which set up a gaming division in 2014, is also collaborating with Amazon on . Private Division, meanwhile, has recently published games like ,  and  (which is out this week).

Turn on browser notifications to receive breaking news alerts from Engadget
You can disable notifications at any time in your settings menu.

This is not the only Lord of the Rings game that’s in the pipeline. had been expected to arrive in early September, but Daedalic Entertainment and Nacon “by a few months.”

Weta Workshop is making its own Lord of the Rings game originally appeared on Engadget.com 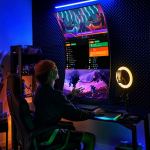 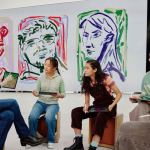