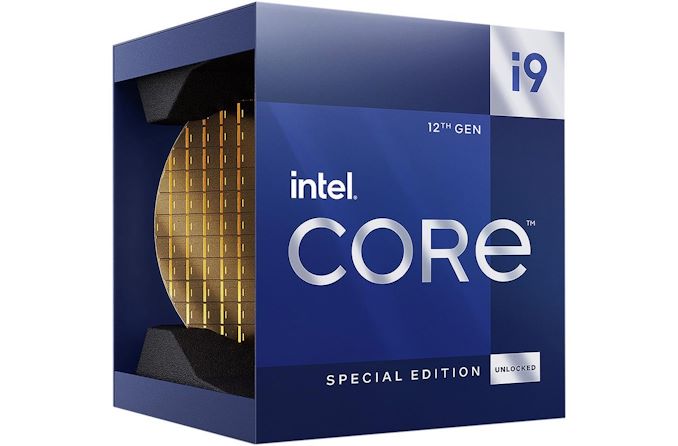 Long expected from Intel, the Core i9-12900KS is now out of the bag thanks to an apparently accidental listing from Newegg. The major PC parts retailer listed the unannounced Intel chip for sale and began taking orders earlier this morning. pulling it a couple of hours later. But with the scale and popularity of Newegg – as well as having the complete specifications posted – the cat is now irreversibly out of the bag.

The Core i9-12900KS, where the S stands for Special Edition, pushes the standard 12900K to new frequency highs. The processor is in an 8P+8E configuration, with the key data points being the 5.5 GHz Turbo frequency across two cores, and 5.2 GHz Turbo frequency across all cores – and like the other K parts, with sufficient cooling this chip has an unlimited turbo period. Given the extreme clockspeeds, this is going to be a ‘thin-bin’ part, which means that Intel is going to need to do extra binning to bring these processors to market in sufficient quantities with the characteristics determined by the bin.

Intel has launched ‘Special Edition’ models before. The most recent was the Core i9-9900KS, an updated version of the i9-9900K. The KS was the first model to have 5.0 GHz across all eight cores, however supply was limited and it was hard to get hold of.

Some of the 12900KS details were leaked even before today's quasi-launch, with some commentary about how this extra frequency is readily available on the standard 12900K with a little overclocking. The difference here is the guarantee of that frequency without needing to overclock – the same argument as it was before with the 9900KS vs 9900K. To a number of users, that’s a useful guarantee to have, especially with pre-built systems and system integrators.

Intel’s main competition comes in the form of two AMD processors. For overall multithreaded throughput, the existing 16-core Ryzen 9 5950X remains AMD's top chip. Meanwhile on the gaming front, competition comes from AMD’s forthcoming Ryzen 7 5800X3D, which is an 8 core processor with an extra 64 MB of L3 cache to help with gaming. AMD is claiming +15% gaming performance over the Ryzen 9 5900X, and 0.98x to 1.2x over the 12900K at 1080p High settings, so it will be interesting to see how they compare. Neither Intel nor AMD have access to each other’s chips right now, so a direct comparison using both sets of data is likely to be inconclusive right now.

With street pricing on Intel's existing i9-12900K already running at about $610, Intel has uppted the ante even further on pricing for the new special edition chip. Assuming it's accurate – and all other aspects have been – the $799 price tag at Newegg represents a further $189 for the higher-clocked chip. Suffice it to say, Intel isn't intending this to be a bargain chip, but rather is charging an additional premium for the chart-topping clockspeeds.

What is interesting for gamers is that while Intel has decided to turbo-charge its high-end processor, AMD beefed up one of its mid-range instead. Which means there's a pretty significant price disparity here, reflecting the fact that Intel's top gaming chip is also their top chip for overall multithreaded processing. So depending how performance plays out, Intel may pull off a win here in gaming, but it probably won't do much to move the market share (or dissuade 5800X3D buyers).

It should be pointed out that based on our research, the 12900KS is not a reactionary measure to the AMD chip. AnandTech has seen documents showing that the KS was part of the processor list during Alder Lake development, but has required extra time to mature and finalize – so much so that we wrote up a version of today's article months in advance, expecting an earlier announcement/release date. So Intel's plans up to now have been in flux, and while the company is certainly not above raining on AMD's parade, they also have other ambitions with their 16 core heterogeneous processor.

At the time of writing it's not clear when the i9-12900KS will be formally released. Newegg's early posting had a “first available” date of March 10th, so it may be someone was off by a month there. But we can’t wait to get these chips in for testing. 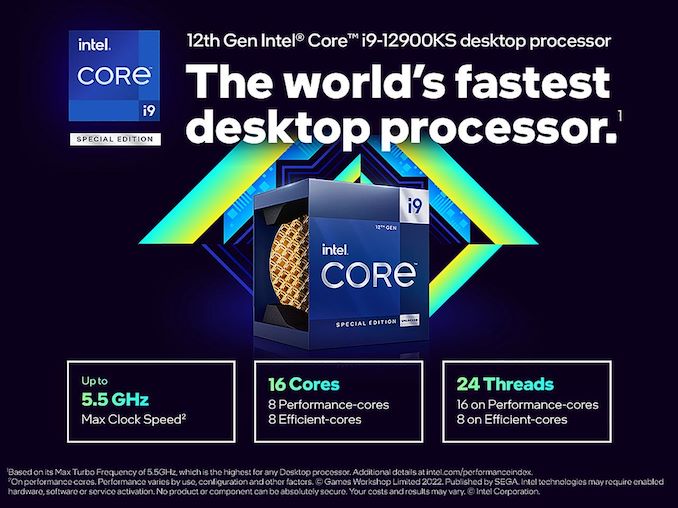 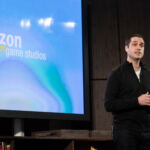