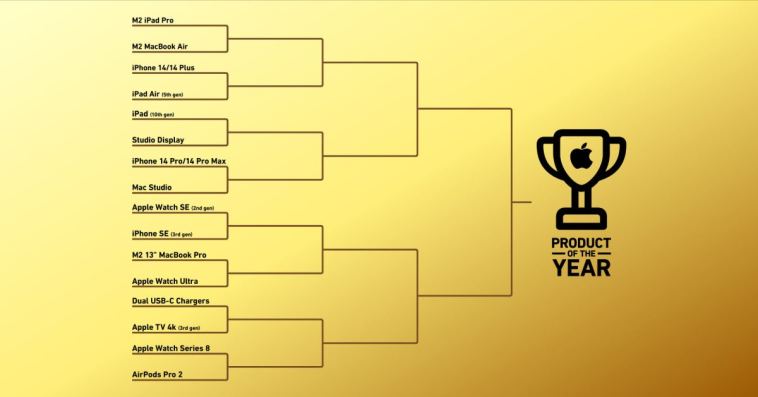 As 2022 comes to a close, it’s no surprise that it’s been a busy year for Apple with many great hardware releases. The company launched its new Dynamic Island interactive notch, some killer new Macs, an M2 iPad Pro, and John Mayer’s new favorite smartwatch – Apple Watch Ultra.

In honor of all this new hardware and more, we created the Best Apple product release of 2022 bracket that’s now live on 9to5Mac’s Twitter.

How the bracket works

To participate in the community bracket on Twitter, use the threaded polls to vote for the products you think are most deserving of the title “Product of the Year.” Products with the most votes move on after 24 hours. After four rounds, one product will remain and claim the honorary title. We’ll also consider these community results for 9to5Mac’s annual end-of-the-year best product pick. See our pinned tweet or tap/click below to start.

The first products announced in 2022 were during Apple’s Peek Performance event, where the company unveiled the new Mac Studio and Studio Display, the M1 Ultra chip with ridiculous performance and efficiency, an underwhelming iPhone SE, and a new 5th generation iPad Air.

Fast forward to June 6, WWDC22 was underway, where Apple routinely introduced its usual OS updates but, this year, also gave us the first hardware unveiling we’ve had during the developer conference in several years, with the M2 MacBook Air and the M2 13-inch MacBook Pro.

Every once in a while, Apple blesses us with a second fall product event. This year, we got the products but no event. Instead, it dropped new iPad Pro models, the 10th-generation iPad, and the third-generation Apple TV 4K via a press release.

Here’s a list of every major hardware release this year: 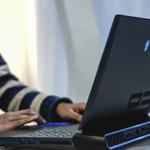 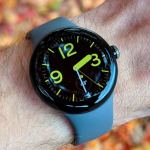