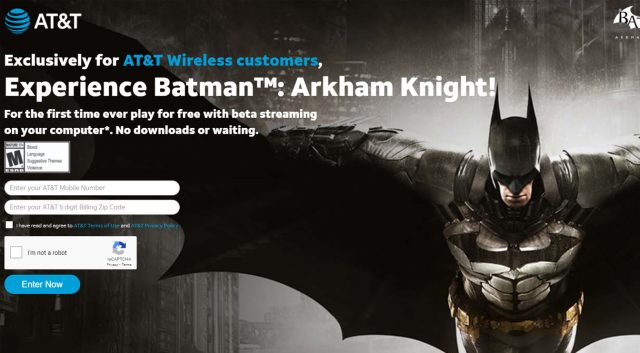 Google unveiled Stadia in 2019 with the promise of a platform that would rival the traditional gaming consoles. Barely a year later, it is begun backing away from that promise. Google has already closed its game studio, and has previously said it would prefer to just license Stadia technology to other companies. Now, it appears the first product of that approach has arrived. AT&T Wireless customers can stream Batman: Arkham Knight for free, but not via the Stadia app or website.

For anyone living under a rock who has missed Google’s bumbling Stadia journey, the service is similar to GeForce Now or Xbox Game Pass (née xCloud). A server renders the game and streams video to your device. Your control inputs go back up to the server, allowing you to play the game. Latency under ideal conditions can be close enough to local play that you won’t notice in most games. Of course, conditions are often far from ideal. Still, some of these services can work surprisingly well, depending on where you live, the strength of your internet connection, etc.

Google seems to have realized too late that building the powerful infrastructure to run Stadia was the easy part. Designing AAA games is hard, expensive, and takes years. Google wasn’t into that, so Stadia Games & Entertainment was canned. At the same time, it said that licensing the tech was “the best path to building Stadia into a long-term, sustainable business.” The AT&T deal might be the first of many in this vein, allowing a company to provide game streaming without developing its own system. Why AT&T chose a Batman game from 2015 is unclear, but it does own Warner Media, which in turn owns DC comics.

Mortal Kombat 11 was one of the big AAA launch titles for Stadia, but it hasn’t gotten many since then.

Everyone can play a limited selection of Stadia content for free, but the Batman game is only for AT&T subscribers. Simply head to the landing page, input your account info, and you can begin playing the game instantly. There’s no Stadia branding anywhere on the AT&T landing page, so most people will never know it’s using Google’s tech. Ars Technica has confirmed with AT&T that the free game stream is powered by Stadia. However, you might notice something weird if you go to the Stadia site: there’s no listing for Batman: Arkham Knight.

So, Google ported Arkham Knight to Stadia, but it’s not being made available generally, which is a bummer. Perhaps it will come to the Stadia store at a later date, but there’s no guarantee. We might see more of these exclusive streaming offers, but that strikes me as the wrong strategy if Google cares about Stadia as a consumer product—and maybe it doesn’t! The current game offerings are weak, and making new games for Stadia that won’t be beefing up the store’s content almost guarantees things will just get worse. 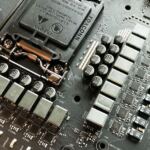