Vi bounces her leg when she’s nervous. It’s something she does throughout the first four episodes of Arcane, the Netflix series based on League of Legends lore, and it’s a tiny yet charming habit. Vi’s leg shakes up and down with anxious anger as she argues with her friend from a squashed armchair in their makeshift lair; later, her knee bounces as she sits alone in a dark room, facing certain doom. It’s something that makes Vi feel real, like she has a history that she carries with her, as natural as her pink hair.

Even though Arcane is packed with incredible action and delicious animation, small details like these truly bring the world to life — only for Jinx to blow it all to smithereens.

Warning: Slight spoilers for the first four episodes of Arcane ahead.

Arcane begins with a quintessential story of class warfare, depicting violent clashes between the rich citizens of Piltover and the oppressed, criminal society of Zaun, where Vi, Jinx and their crew live. In the first three episodes, Vi and Jinx are kids: Vi is the leader of a small gang of teen outlaws, while Jinx — who actually goes by Powder at this time — is her little sister, a few years of heist experience and growth spurts behind the others. By the fourth episode, Vi and Jinx are older and on equal footing, even when they find themselves on opposite sides.

The sisters start out surrounded by their chosen family members, including their father figure, Vander, who acts as the unofficial mayor of Zaun. A former leader of the resistance, Vander runs a bar called The Last Drop and tries to keep the peace with the Enforcers, Piltover’s militarized security team. Meanwhile, scientists in Piltover are on the verge of harnessing synthetic magic, while the most vile forces in Zaun are creating monster soldiers by feeding people shimmering purple liquid. Altogether, it’s a recipe for war.

Arcane’s disparate worlds are vibrant, vast and alive, Piltover shining gold among the clouds and Zaun buried beneath the dirt, filled with toxic green light. The show itself feels less like anime and more like an almost-R-rated Disney film, with buttery-smooth character movements and elaborate environments, courtesy of Riot Games’ go-to animation studio, Fortiche Production. The entire thing looks as if it were the product of motion-capture technology, but it’s hand-animated in a mix of 2D and 3D.

The fights in Arcane are particularly gorgeous. Vi is a boxer, diving in with her fists raised, while Jinx has a bunch of semi-functional homemade grenades covered in crayon scribbles, allowing her to participate from afar — even though she wants to be with the big kids, in the center of the action. The largest battles tend to play out in slow-motion, with emotional electronic music thrumming through the scenes and close-up shots of vicious punches, heavy kicks and last-second dodges. In wider angles, every frame of these fights has desktop-wallpaper potential.

Arcane takes its time establishing characters and revealing how they’re all intertwined, and by the end of episode three, this work crashes into a massive fight scene and pays off in a powerful way. In League of Legends lore, Vi and Jinx are bitter rivals, but in Arcane, they start off as sisters with a deep, true love for one another. They support each other, save each other’s lives, and fall apart together. They feel inseparable. It takes something catastrophic to rip them apart, and Arcane shows us every horrific second. It’s heartbreaking.

It’s not all about Vi and Jinx, and there are plenty of other League of Legends characters with starring roles in Arcane, including Viktor, Jayce, Ekko, Caitlyn and Heimerdinger. As a fan of the game, I feel a happy spark whenever I recognize a face or name in Arcane, but it won’t detract from the experience if you don’t already know who these people are. This is an origin story, after all.

Episode four, which will hit Netflix along with two other episodes on November 13th, fast-forwards to a time when Jinx and Vi look more like their in-game character models, and it establishes the groundwork for a future confrontation — family reunion? — between the two. Jinx and Vi are both haunted by their pasts, and their evolution is captivating. The story spins out around them, tantalizing and tense.

Arcane might ruin me. The show quickly and effortlessly establishes connections with its characters, bolstered by an enchanting animation style and emotional, raw voice acting. It’s making me feel things, and I’m only four episodes in. The first batch of three Arcane episodes is on Netflix today, November 6th, while the second bunch will land on November 13th, and the final three will hit on November 20th.

‘Arcane’ is a new breed of mature animation for the Netflix gaming crowd originally appeared on Engadget.com 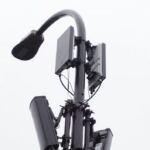 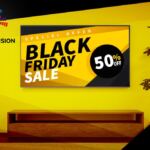