Apple is testing an expansion of Apple Pay that could enable users to check out for online purchases in third-party browsers.

Currently, on iPhones running iOS 15, the option to complete the transaction with Apple Pay is only available within the company’s own Safari browser.

However, one developer spotted the option to ‘Continue with Apple Pay’ within the Google Chrome and Microsoft Edge browsers in the latest iOS 16 beta. Other users have since spied the option within Firefox.

According to Steve Moser of MacRumors, who is often behind some of the unadvertised sneak peaks of new features we get within Apple updates, the option hasn’t shown up in macOS computers running the latest beta yet. However, because Edge and Chrome on iOS use Apple’s WebKit engine, adding the Apple Pay capabilities is probably a lot easier.

Whether Apple is simply testing for future reference, or it will arrive within the full versions of iOS 16/iPadOS and macOS next month remains to be seen, but it’s good to see Apple is thinking of expanding the in-house payment platform.

The ability to checkout with Apple Pay is sometimes easier because users’ card details, email, and physical addresses are already stored within the app. That means a quick double click of the power button and a Face ID check is all you need to complete the transaction, rather than manually entering the card details when buying from supported retailers. It’s especially handy if you have an Apple Card.

Apple Pay is also getting order tracking and the ability to pay later in iOS 16, so some changes are definitely afoot. iOS 16 is scheduled to arrive in mid-September alongside the iPhone 14. Among the key features are revamps to the Messages app to include the ability to edit and unsend messages and a complete reimagining of the iPhone’s Lock Screen.

There are also improvements to iCloud photo sharing, the Mail app, Live Text in videos and an all-new Dictation experience. Apple is also revamping the Home app experience, and there’s the next generation of CarPlay to look forward to.

Apple Pay could get a lot more flexible in iOS 16 with this secret feature originally appeared on TrustedReviews.com 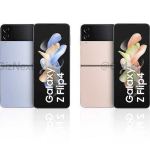