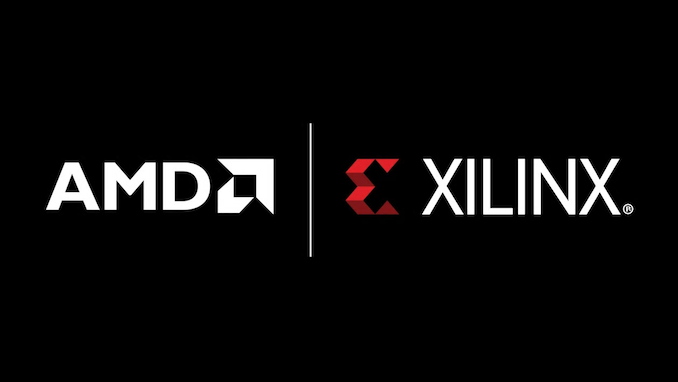 Although it’s taken a bit longer than planned, AMD’s acquisition of Xilinx has finally cleared the last regulatory hurdles. With the expiration of the mandatory HSR waiting period in the United States, AMD and Xilinx now have all of the necessary regulatory approval to close the deal, and AMD expects to complete its roughly $53 billion acquisition of the FPGA maker on or around February 14th, 2 business days from now.

Having previously received approval from Chinese regulators late last month, the final step in AMD’s acquisition of Xilinx has been waiting out the mandatory Hart-Scott-Rodino (HSR) Act waiting period, which gives US regulators time to review the deal, and take more action if necessary. That waiting period ended yesterday, February 9th, with no action taken by the US, meaning that the US will not be moving to block the deal, and giving AMD and Xilinx the green light to close on it.

With all the necessary approvals acquired, AMD and Xilinx are now moving quickly to finally consummate the acquisition. AMD expects to complete that process in two more business days, putting the closure of the deal on (or around) February 14th – which is fittingly enough Valentine’s Day.

16 months in the making, AMD’s acquisition of Xilinx is the biggest acquisition ever for the Texas-based company. The all-stock transaction was valued at $35 billion at the time the deal was announced, offering 1.7234 shares of AMD stock for each Xilinx share. Since then, AMD’s stock price has increased by almost 51% to $125/share, which will put the final price tag on the deal at close to $53 billion – which is almost a third of AMD’s entire market capitalization and underscores the importance of this deal to AMD. Once the deal closes, Xilinx’s current stockholders will find themselves owning roughly 26% of AMD, while AMD’s existing stockholders hold the remaining 74%.

Having rebounded from their darkest days last decade, AMD has since shifted into looking at how to further grow the company, both by increasing its market share in its traditional products like CPUs and GPUs, as well as by expanding into new markets entirely. In particular, AMD has turned its eye towards expanding their presence in the data center market, which has seen strong and sustained growth for virtually everyone involved.

With AMD’s recent growth in the enterprise space with its Zen-based EPYC processor lines, a natural evolution one might conclude would be synergizing high-performance compute with adaptable logic under one roof, which is precisely the conclusion that Intel also came to several years ago. To that end, the high-performance FPGA markets, as well as SmartNICs, adaptive SoCs, and other controllable logic driven by FPGAs represent a promising avenue for future growth for AMD – and one they were willing to pay significantly for.

Overall, this marks the second major industry acquisition to be resolved this week. While NVIDIA’s takeover of Arm was shut down, AMD’s acquisition of Xilinx will close out the week on a happier ending. Ultimately, both deals underscore just how lucrative the market is for data center-class processors, and to what lengths chipmakers will go to secure a piece of that growing market.