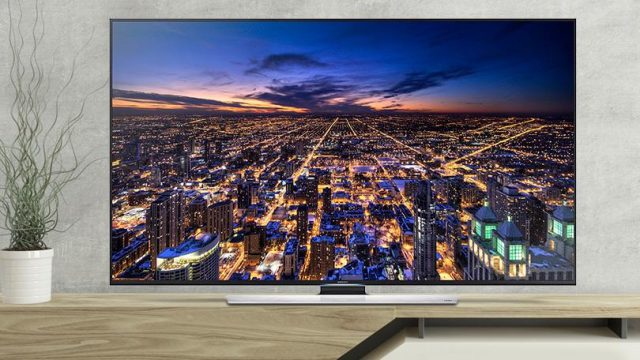 With 4K TVs having become mainstream, let’s look at two terms that have become conflated with one another: 4K and UHD, or Ultra HD. TV makers, broadcasters, and tech blogs are using them interchangeably, but they didn’t start as the same thing, and technically still aren’t. From a viewer standpoint, there isn’t a huge difference between 4K vs UHD. 4K is a more popular term than UHD, but 4K-capable Blu-ray drives are marketed as Ultra HD drives.

In simple terms: 4K is a professional production and cinema standard. UHD is a consumer display and broadcast standard. To discover how they became so confused, let’s look at the history of the two terms.

The term “4K” originally derives from the Digital Cinema Initiatives (DCI). This consortium standardized a spec for the production and digital projection of 4K content. In this case, 4K is 4,096 by 2,160 and is exactly 4x the previous standard for digital editing and projection (2K, or 2,048 by 1,080). 4K refers to the fact that the horizontal pixel count (4,096) is roughly four thousand. The 4K standard is not just a resolution, either: It also defines how 4K content is encoded. A DCI 4K stream is compressed using JPEG2000, can have a bitrate of up to 250Mbps, and employs 12-bit 4:4:4 color depth. (See: How digital technology is reinventing cinema.)

A diagram illustrating the relative image size of 4K vs. 1080p — except that 4K should be labeled UHD or 2160p.

Now, it’s not as if TV manufacturers aren’t aware of the differences between 4K and UHD. But presumably for marketing reasons, they seem to be sticking with 4K. So as to not conflict with the DCI’s actual 4K standard, some TV makers seem to be using the phrase “4K UHD,” though some are just using “4K.”

The real solution would have been to abandon the 4K moniker entirely and instead use the designation 2160p. Display and broadcast resolutions have always referred to resolution in terms of horizontal lines. The letters “i” and “p” refer to interlacing, which skips every other line, and progressive scan, which doesn’t. Common standards are 576i (PAL), 480i (NTSC), 576p (DVD), 720p, 1080i, 1080p, and so on.

The reason this didn’t happen is that the number didn’t match the size of the resolution increase. “2160p” implies that the resolution is double that of 1080p HD, while the actual increase is a factor of 4. The gap between 720p and 1080p is significantly smaller than the gap between 4K and 1080p, though how much you notice the upgrade will depend on the quality of your TV and where you sit.

Further complicating matters, there’s the fact that just because a display has a 2160p vertical resolution doesn’t mean it supports a 3,840 or 4,096-pixel horizontal width. You’re only likely to see 2160p listed as a monitor resolution, if at all. Newegg lists three displays as supporting 4K explicitly as opposed to UHD (4,096 by 2,160), but they’ll cost you. These sorts of displays target professionals. Now that there are 4K TVs everywhere, it would take a concerted effort from at least one big TV manufacturer to right the ship and abandon the use of 4K in favor of UHD. In all honesty, though, it’s too late. The branding ship has sailed. YouTube is a bit of an exception to this. YouTube labels video as both UHD and 2160p. The labels above are an attempt to be both technically accurate (2160p50 means 2160p at 50 frames per second) while still telling regular viewers that this is a 4K stream.

When people use 4K and UHD in regular conversation they mostly refer to the same thing. It’s a distinction that matters more in technical contexts, like the ones discussed above.

Sebastian Anthony wrote the original version of this article. It has since been updated several times with new information.

4K vs. UHD: What’s the Difference? originally appeared on ExtremeTech.com 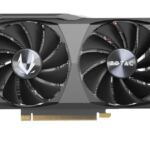