Gaming on the go, no phone required

Although we’re slowly making our way to the end of another long year, the biggest story in tech this week looked ahead to the far-flung future of 2022. As Qualcomm announced its lineup of processors and other products set to power all of next year’s upcoming flagships, one area of focus, in particular, caught our eye: gaming. The company is taking mobile games more seriously than ever before, and it all starts with a new chipset and a partnership with Razer.

Announced alongside the Snapdragon 8 Gen 1 chip, the G3x gaming platform combines the power of its Kryo CPU and Adreno GPU cores to support 144Hz gaming with HDR capabilities along with all of the usual 5G and Wi-Fi 6 networking you’ve come to expect from the company. We’ve been waiting quite a while to see this tech in the wild, and although it’s not ready for primetime just yet, it’s thrilling to know it’s finally real. It seems promising at first glance, but the actual reason to be excited is simple: Razer already built a handheld for developers to try out, and according to AP’s Ryne Hager, it’s pretty promising.

Detail, lighting, and ambient effects on Final Fantasy VII The First Soldier looked great, and Air Derby 2 (an in-house game developed by Qualcomm for the demo) was sharp and clear. These are all mobile games, of course, but they were running at nice, high-quality settings and looked a whole lot prettier than the visuals my Switch can spit. Controls were responsive, too, without the sort of lag you sometimes feel from things like bad Bluetooth controllers.

It’s worth reading his full hands-on experience if you haven’t already, but here’s the main takeaway: Qualcomm wants Android to sit right alongside products like the Nintendo Switch and Steam Deck, offering high-quality experiences right in the palm of your hand. And with cloud gaming better than ever these days, streaming Halo Infinite or Final Fantasy XIV to a dedicated portable device might not be too far off on the horizon.

Of course, whether a market exists for this sort of gadget is another question entirely. Mobile gaming doesn’t have the best reputation these days, even if there are plenty of quality titles available on the Play Store. Meanwhile, add-ons like the Stadia Claw or Razer’s own Kishi dock make it easy to transform the phone you already bought into a gaming machine. And, of course, there’s the aforementioned Switch and Steam Deck. One’s an established giant in the world of video games coming up on its fifth anniversary, while the other’s a newcomer built on the biggest name in PC gaming. Going up against either of these products will be a challenge for anyone. Hell, there are a few Android gaming machines floating around in the market right now, and none of them have lit up the sales charts so far.

So, has Qualcomm done enough to convince you about the future of playing games on the go? Maybe you’re satisfied with your phone’s already-existing experience — or perhaps the Switch and Steam Deck are enough for you. Whatever your thoughts, let us know in the poll below.

With Qualcomm’s new gaming platform officially announced, would you consider buying a dedicated Android handheld in the future?

Absolutely. The future of gaming is mobile.

Maybe, if the price is right.

I’d rather buy a standalone accessory for my phone, like the Razer Kishi.

My phone’s touchscreen is all I need for gaming.

Dedicated non-Android platforms — like the Nintendo Switch or Steam Deck — are the way to go.

I don’t play any portable or mobile games, period.

Now’s a great time to learn how to play that old guitar with Fret Zealot, now $20 off

This article is sponsored by Fret Zealot 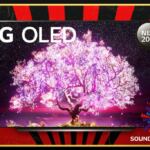 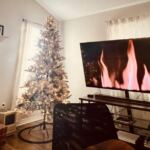