Seriously, go do it, why aren’t you in your car yet?

Most of us probably use our phones for alarms each morning — no matter how many times they inevitably screw us over. You don’t need to give up the flourishes of a web-connected clock to switch away to a dedicated device, though. Lenovo’s Smart Clock Essential is an excellent alternative to those bulky old radios of yesteryear, and you can pick one up — with a bundled smart bulb — for just $17 at your local Walmart.

To be clear, this gadget isn’t Lenovo’s Smart Clock 2 that AP’s own Ryne Hager has recently been obsessing over. Instead, it’s a more basic device — thus the “Essential” in the title — that really focuses on the basics: audio, Assistant, and telling time. When we reviewed it last year, it earned a solid recommendation, and as an owner of one myself, I can vouch for it personally. While the price seemed a bit steep at launch, it’s gone on sale plenty of times in recent months, dropping well into impulse-buy territory.

We’ve certainly never seen it this cheap, of course. For $17, you can grab Lenovo’s Smart Clock Essential with a matching RGB-capable bulb, though you’ll have to head to your local Walmart to take advantage of this deal. Thankfully, unlike some store exclusives, it seems like there’s plenty of stock for these. Most stores near me have at least six bundles ready to go, and AP’s Taylor Kerns spotted similar availability in his area.

Obviously, your mileage may vary, so make sure to check your zip code using Brickseek to locate a store near you. This sale is a total steal, one absolutely worth grabbing if it’s in your area.

Don’t miss out on the sales for Dead Cells, Titan Quest, and Atom RPG

Head over to your local Walmart and grab a Lenovo Smart Clock Essential bundle for just $17 right now originally appeared on AndroidPolice.com 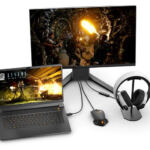