That’s despite a lack of updates

Google is certainly the company to popularize the universal two-factor authentication (2FA) method, a measure that adds extra security to your online accounts. Once you’ve got 2FA set up, you’ll need to enter both your password (something you know) and a one-time code (something you have) to enter an account from a new device. While Google has long switched to a default phone-based approach rather than a code-based authentication, it still offers Google Authenticator, its one-time code (OTP) generator that can be used with any supported service. And now, the app is celebrating 100 million installs on the Play Store.

It long looked like Google Authenticator was left sitting in maintenance mode, with the app only gaining a much-needed facelift including a dark mode in May 2020 — which is still its latest update to this date. Back then, Authenticator also got a much-needed export feature, allowing you to transfer your saved credentials for all of your 2FA-secured accounts to your new phone via a QR code. All that makes the app a solid choice for securing your accounts.

Given the lack of updates, it’s a bit surprising that the app is hitting this milestone, but it’s a good sign nonetheless. It shows that more and more people are interested in securing their accounts with extra measures, which will protect them from hackers much more than anything else — especially if they don’t have the most secure passwords.

Google Authenticator’s competition has long moved to more robust backup options, though. If you don’t mind leaving your 2FA codes in the cloud (securely), Authy is a solid alternative that allows you to retain your codes even if your old phone is broken or otherwise inaccessible. With Google Authenticator, you’d have to set up all of your 2FA codes for all of your accounts anew in that case. If you prefer open-source solutions with offline backup options, andOTP and Aegis stand out from the crowd — there are also many other recommendable apps, though.

That said, if you’re a happy camper with Google Authenticator of just getting started with the app, don’t worry too much about this. It’s better to have any second factor for your accounts than none at all, so if you like the app for what it is right now, keep using it, by all means. 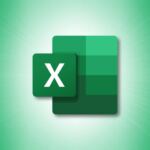 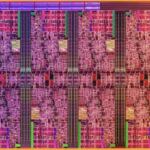